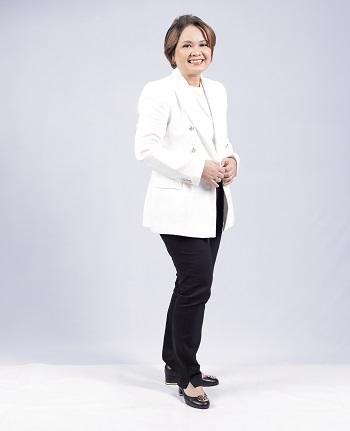 Veranita Yosephine Sinaga joined AirAsia as the Deputy CEO of AirAsia Indonesia in July 2019. She was promoted to AirAsia Indonesia CEO in October 2019 and since then has become among the very few female leaders in the country's aviation industry.

Veranita holds an MBA degree from INSEAD, and a Bachelor of Industrial Engineering from Bandung Institute of Technology (ITB), Indonesia. Recognised by UN women with HeForShe award in 2016 for her work in creating a gender equal world, Veranita is a strong believer in diversity and inclusivity as key factors of sustainability in business.

She has been championing multiple stakeholders' collaboration in driving economic sustainability through tourism, which has led AirAsia Indonesia to receive a formal acknowledgement of its contribution to developing Lombok's connectivity from the Governor of west Nusa Tenggara in November 2019, following the company's decision to establish Lombok as its fifth hub in Indonesia mid last year. Veranita also plays an integral role in leading local transformation efforts in Indonesia as the company expands beyond air transport to offer travel and lifestyle services, as well as financial services.

Veranita joined AirAsia after spending more than 18 years in the fast-moving consumer goods (FMCG) sales industry. Prior to AirAsia, Veranita served as Sales Director at Kraft Heinz Indonesia, where she led and orchestrated multiple commercial growth initiatives and spent a number of years with Danone waters Indonesia and British American Tobacco Indonesia. She currently also serves as the Chairwoman of Scheduled Flight for Indonesia National Air Carriers Association (INACA) since March 2020.

Serves as the Company's Director pursuant to the resolution of the Extraordinary General Meeting of Shareholders on 23 March 2022.

Board of Director Guidelines